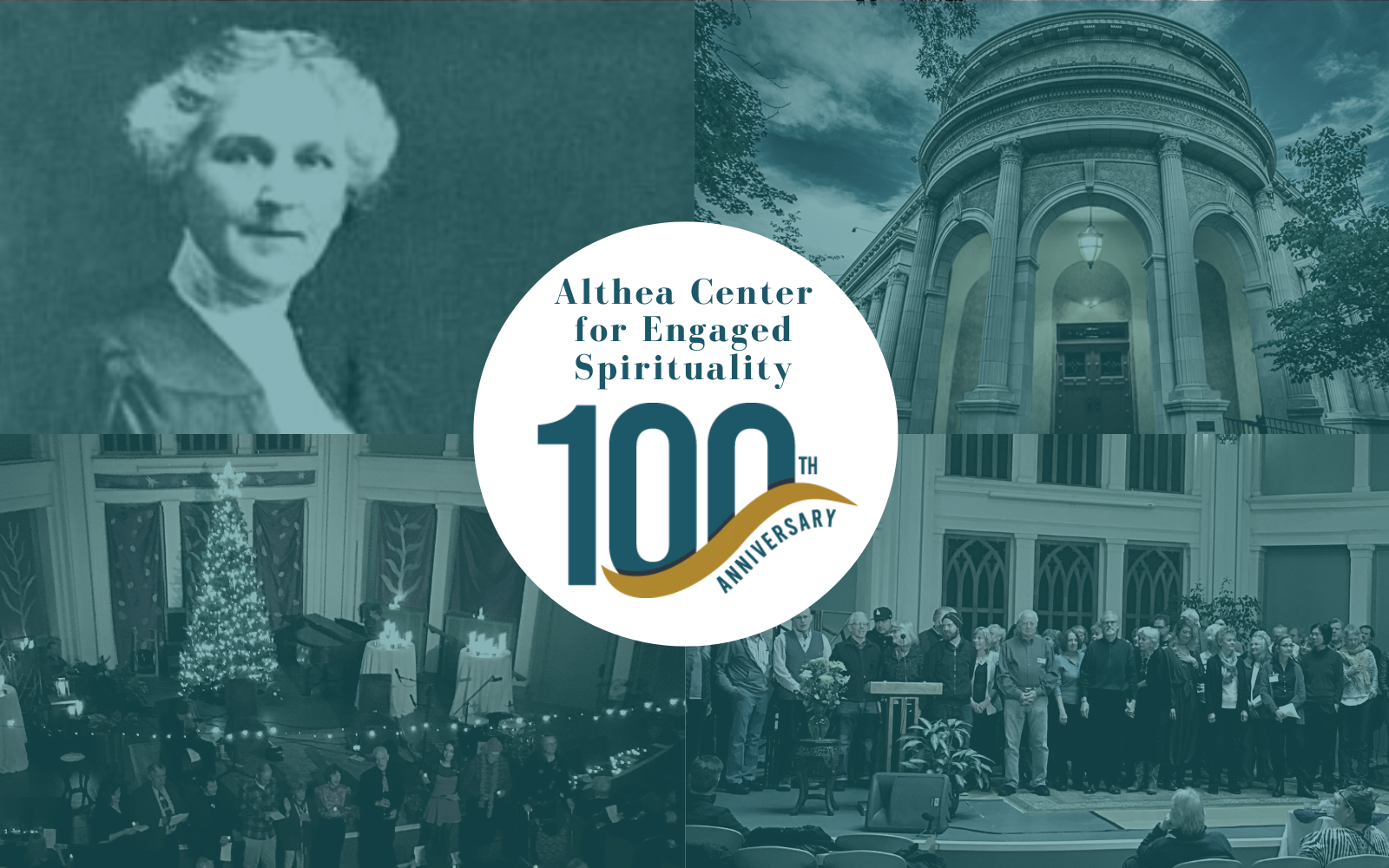 Althea Center for Engaged Spirituality is proud to celebrate 100 years of believing in the human capacity for enlightenment, and our primary intention is to elevate the spiritual awareness of our entire human community for freedom of all beings and the betterment of the world. The Althea Center leads, hosts, and facilitates inspiring experiences, engaging programs, and public events that foster diversity, integrity, and an inclusive approach to spiritual practice and mystical awakening.

More recent Althea programs and community involvements have included the Women’s Homelessness Initiative and Mariposa, its LGBTQ+ program. In addition to the many classes and other offerings for its members and the public, the Althea Center is currently home to three non-profits: St. Francis Center, Sisters of Color United for Education, and Spirit of the Sun. These non-profits each address needs in our community such as homelessness, food insecurity, indigenous/native youth and elders, and community health and education. The Althea Center for Engaged Spirituality does not discriminate when offering sacred space and freely open our doors to identities usually cast out of many mainstream religious places, such as community-based group meetings (gender, sexual orientation, generational, etc.), Alcoholics Anonymous, occult/moon rituals, yoga, therapists for LGBTQ+ individuals, midwifery/doula training, etc.

The Althea Center needs the help of the larger community to continue its effort to restore and preserve its beautiful landmark building. Donations of $100 are requested from 1,000 individuals and businesses to repair and revitalize the sanctuary and other parts of the interior, which are suffering from years of accumulated water damage, aging, and other challenges. 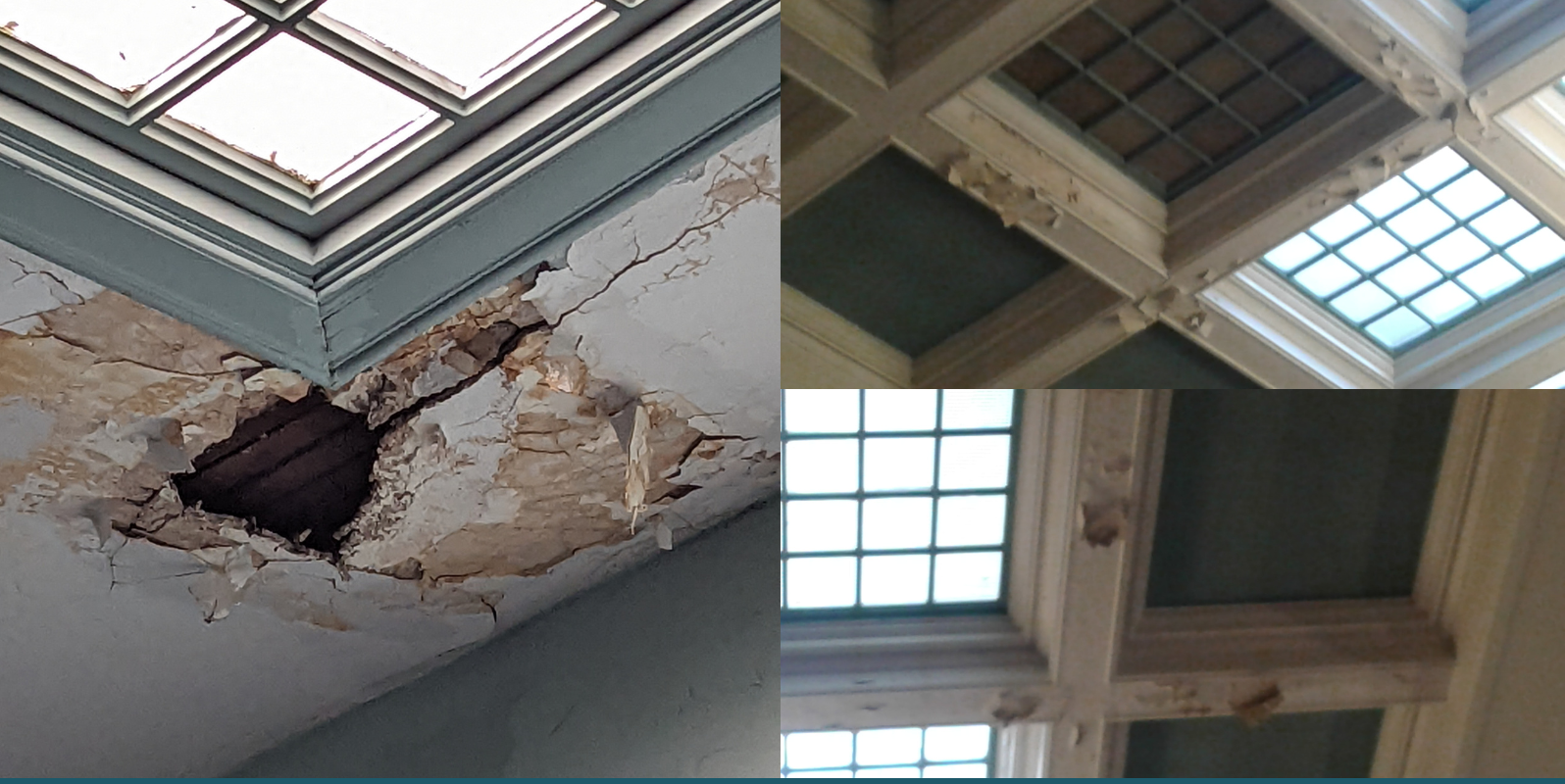 In 2017, Althea members contributed $80,000 for a capital campaign in order to qualify for $250,000 in state historic preservation funds to repair the 1922 building’s roof and skylights. Then, in 2019, Althea members again stepped forward in response to a second capital campaign, raising about $70,000 to qualify for another $200,000 in state historical funds to repair the exterior terra cotta detail and some additional roof areas of the 1922 building, as well as to resurface the roof of the 1955 addition.

Now that the structure’s roofs, skylights and exterior have been repaired and the building is safe from future water damage, it’s time to focus on the needed repairs to the interior, which do not qualify for historic preservation funds. Thus the $100 x 1,000 = $100,000 Campaign on the occasion of the building’s 100th year! And this time around, we need the community’s help!

The Althea Center for Engaged Spirituality, for decades known as the First Divine Science Church of Denver, has been a foundational part of the greater Capitol Hill community for 100 years. Over the past century, it has been a spiritual home for thousands, who have come from all walks of life and religious/spiritual backgrounds. This historic building was the Mother Church of the Divine Science denomination and also housed its divinity school, the Colorado College of Divine Science, which was incorporated back in 1898. 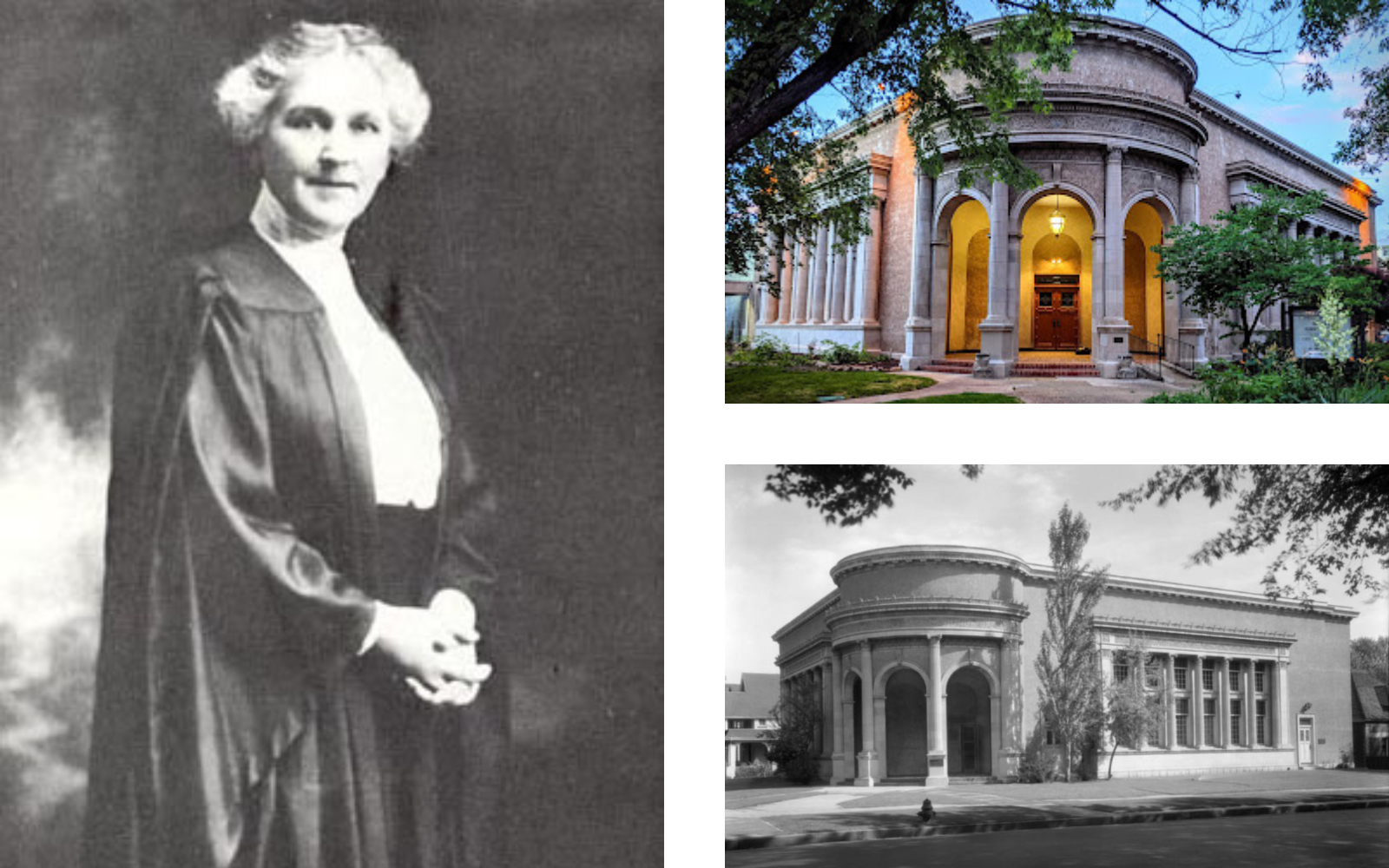 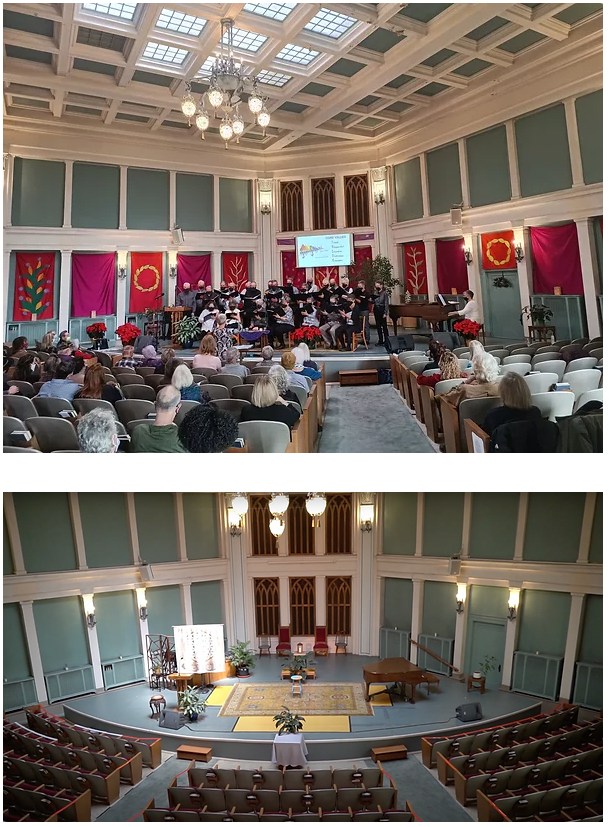