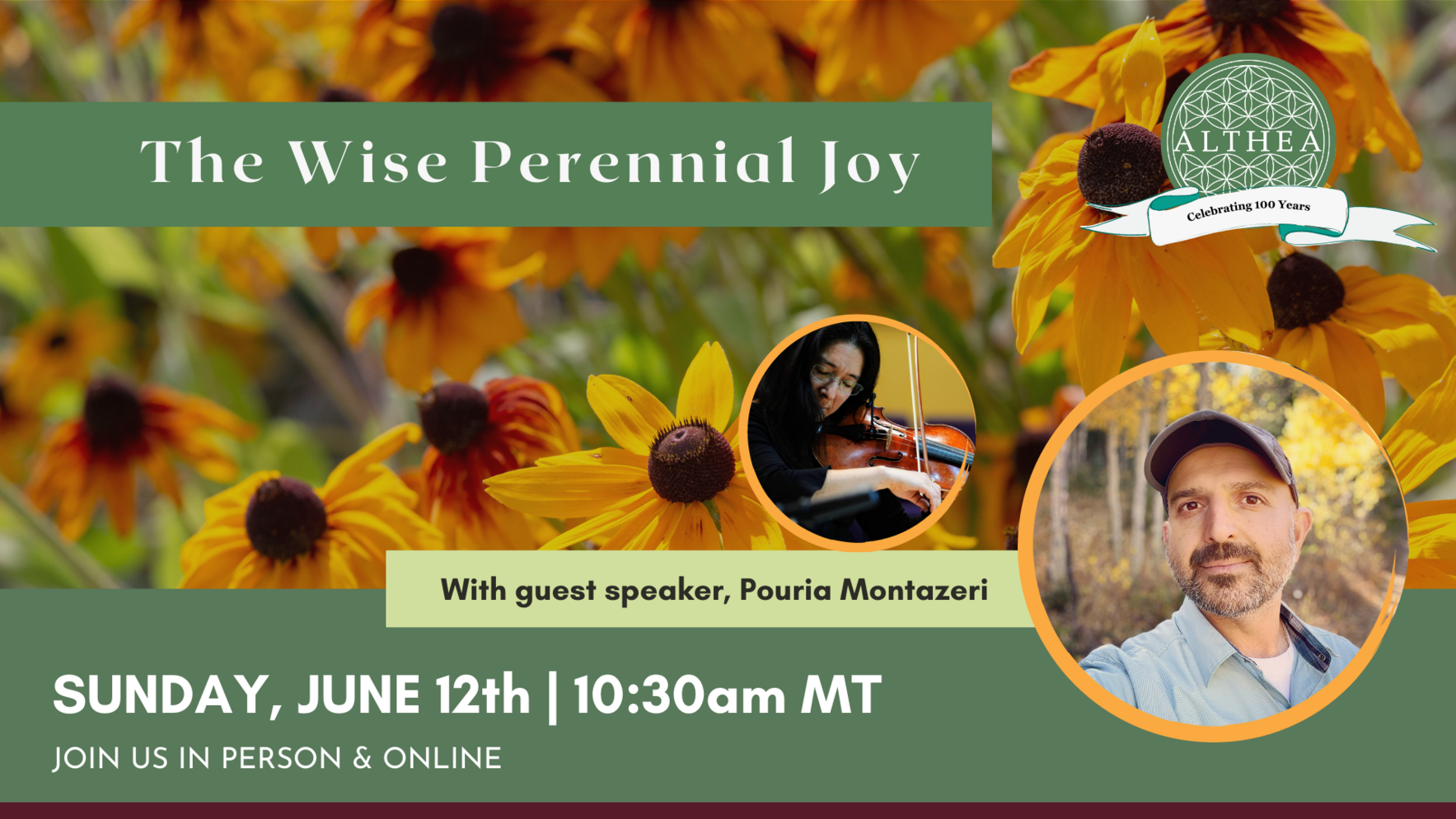 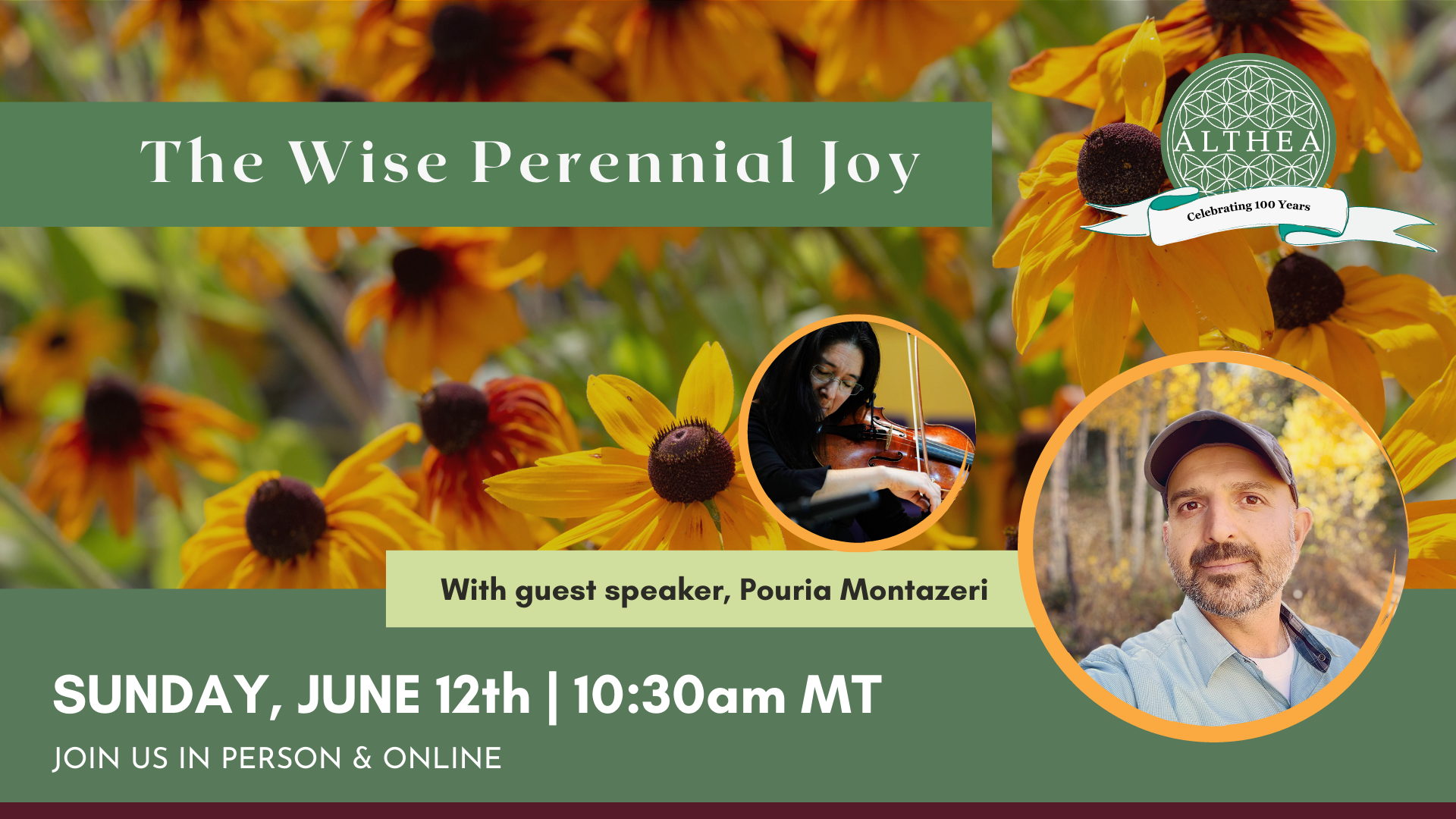 Join us on Sunday, June 12th for "The Wise Perennial Joy" with Pouria Montazeri

What is the real, ever-present joy, and how can we be in touch with it amid chaos without disassociating from the world or sacrificing this innate birthright to taste joy in this lifetime?

All are welcome and there will be a community lunch directly afterward. 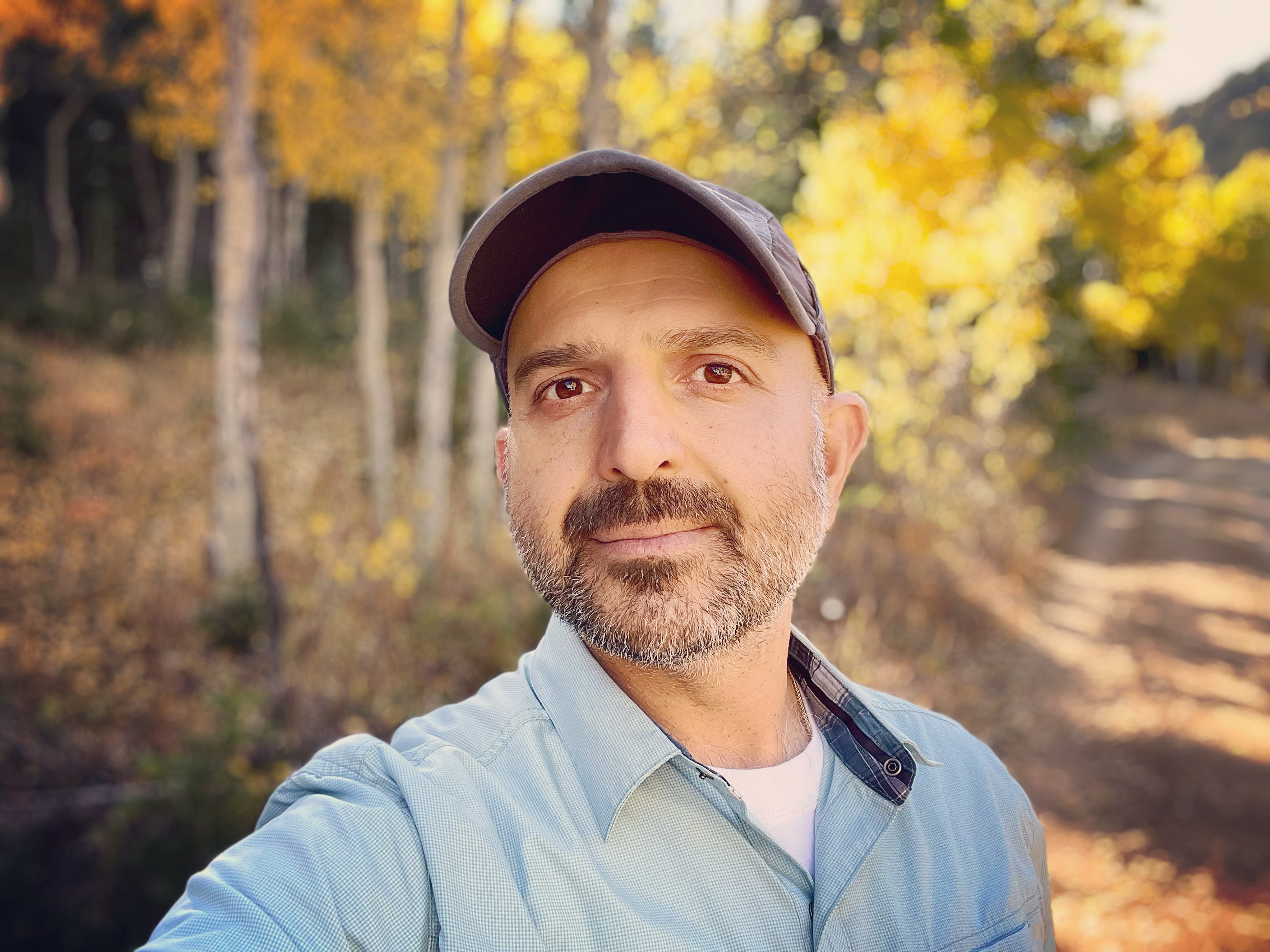 Pouria Montazeri is the founder of "In the Footprints of Rumi." He shares his privileges as someone familiar with the language, culture, and religious/spiritual background of Rumi to support individuals in understanding what Rumi said and taught, which has been ignored, erased, or misinterpreted through translations and renditions in the West.

He is heavily influenced and informed by Islamic Sufism, Advaita Vedanta Teachings, Perennial Philosophy, and Alderian psychology/philosophy, to name a few.

Pouria makes his living as a Spiritual Director/Coach through his practice, "Axis Mundi: Heart-Centered Coaching," supporting individuals in exploring the interiority of their beings. He is also an Executive Coach and an Organizational and Leadership Renewal Consultant, working with leaders and managers to create healthy cultures at work.

He loves nature and has a love affair with aspen trees, and he can always be found on one of his contemplative sauntering in the mountains with scraps of poetry in my pocket in his home state of Colorado. 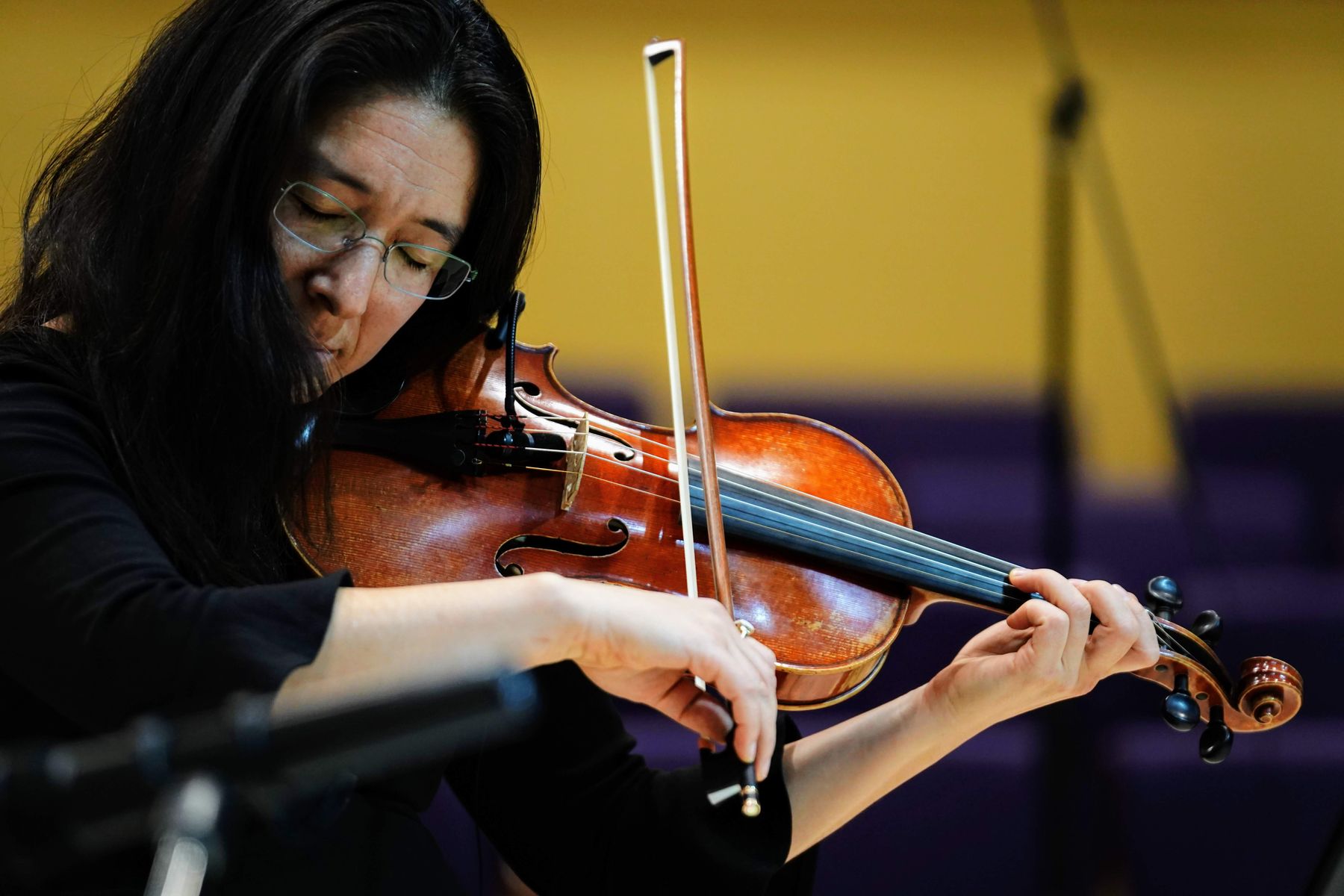 Sandra Wong started her life journey in upstate New York, displaying a deep love of music as a youngster. She began studying the violin at age seven with the intention of becoming a concert violinist. This remained her sole focus for fifteen years, until she discovered fiddling…and her musical world was turned upside down!
Since then, Sandra’s focus with her music has shifted from being an isolated striving for technical perfection to a focus on connecting other people and cultures through music as a way to build community and express our common humanity. Opening this door with an exploration of Irish, Old-time and Bluegrass music, her folk music journey has moved her into her current livelihood of teaching, performing, recording and collaborating with other musicians from a diverse range of musical genres.
In 1999, Sandra opened another door when she discovered a 14th century Swedish folk instrument called the nyckelharpa and fell in love. This is a 16 stringed, keyed instrument played with a bow. It has become an integral part of her musical expression. Sandra has toured nationally and internationally as a solo artist and in collaboration with various musicians.

Support us with a donation.